“When the lightning of war flashed on the helmet of the night, the war sweats pouring from the bone houses blessed the female soil of the city to eternity.”

This is the gate of a city. A noble city that greets you with its grey wings spread to eternity. As most life begins, this is a foggy London day, which will open its magical door with a fog. After all, there was fog above all; in the secluded corners of the city, under and deeper...

The literary historian George Sampson said, "The darkness of the passing nights in the icy seas ravaged by storms has collapsed on the Old English poetry." Sad clouds do not always haunt his gloom and sorrow. It will inspire some of them, raindrops that zigzag the glass, maybe the pattering sounds they make while falling on the roof.

The shy sun over the wet city, which has always lived in shades of grey, seems to reign for long hours from time to time. However, it is well known not to be deceived by this situation. The rain clusters that suppress can suddenly fall over the city like forbidden love as if dramatizing everything. You never know when the sun behind the clouds will gather courage for its next move. The only certain thing is that it cannot gather its courage so easily.

The city embraces its visitors gracefully, like Debussy's Clair De Lune. When the time comes, Feetjies living in the depths of the Thames begin to whisper in the ears of visitors. This magical melodrama will inevitably get carried away. Suddenly, out of your mind, Hyde Park calls you under the Japanese cherry trees. Then you turn your steps into Regent's Park. Before you left, the Thames fairies whispered to you the story of the rose gardens, the epic fate of each rose. 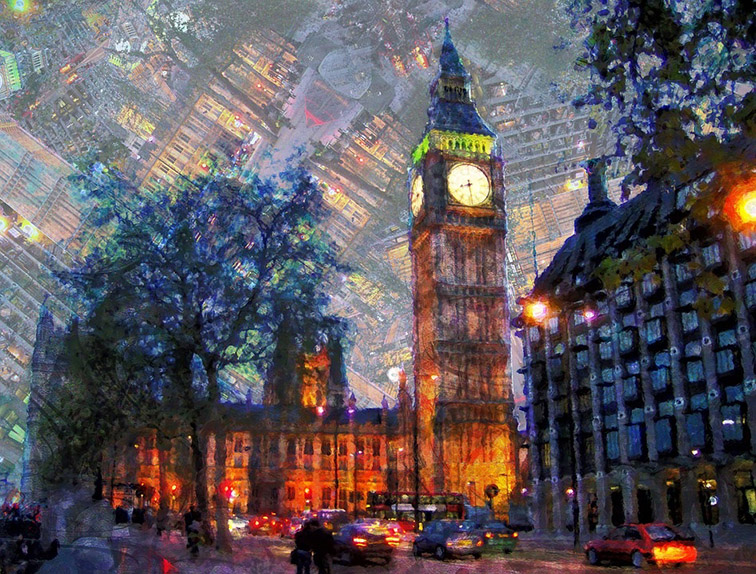 They say fairy tales are contagious, just like this city. As you leave, you realize how fast time passes. Like a sandstorm in the desert, the pain of separation begins to hit and hurt your soul. The sands first cover your heart and then cover your eyes and all your senses to forbidden cities. The hope of coming back is hooked by dozens of problems.

Like everything that exists in the universe, cities have their own character and soul. Some of them open their doors to perfectionists with fine tastes, some of them to prudent conformists, and kitchen lovers who, according to some, care more about the palate than the living space, enter ...

Some cities, just like London, refresh your mind and heal fractures in your soul. As you breathe the city, a return to the time of ghosts, fairies and angels begins. When Ragnarok starts, it goes on like this until Skoll swallows the sun and Hati swallows the moon.